2. A bauxite export ban would not be big enough to push the market into a deficit position... If the Indonesian bauxite ban occurs in 2020, we would still expect an average 2.9 million mton surplus per year for the 2020- 2022 period. This scenario assumes no additional supply from other sources as a response to the decline in exports from Indonesia.

3. ...as other bauxite sources have displaced Indonesian bauxite supply relevance. In 2013 (before Indonesia's 2014 export ban), Indonesia’s bauxite shipments represented 68% of China's total bauxite imports. That number is now 15%. In the same period, Guinea’s bauxite shipments have increased from 1% to 51% of China’s total imports, whereas Australia’s have grown from 20% to 28%. Bauxite is also going to China from Brazil, Malaysia (shipments expected to pick up as the govenrmet allows exports again), Solomon Islands, Sierra Leona, Ghana and others totaling about 4.0-6.0 million mtpy of capacity.

1. As predicted by HARBOR since early last year, Australia alumina spot prices have fallen below $300 per mton. Australia spot alumina is being quoted at $284 per mtton FOB, down 4% m/m and down 60% since peaking on April 2018. Prices have continued to decline amid: a) poor spot activity, b) declining LME primary aluminum prices, and, c) increased alumina production in ROW (ramp-ups of Alunorte in Brazil and EGA's refinery in UAE).

2. HARBOR expects alumina spot prices to ultimately bottom out at the $270-$250 per mton zone amid a growing world alumina production surplus. Indeed, with the confirmed restart of the Alunorte refinery in Brazil and alumina production expansions in China and the Middle East, the world's alumina market is expected to switch to a relevant surplus of 3.3 million mton in 2019 after experiencing a small deficit of 0.4 million mton in 2018. For 2020, we expect the world's alumina market to experience bigger surplus of 5.6 million mton, even after the accounting for Alpart's refinery curtailment. 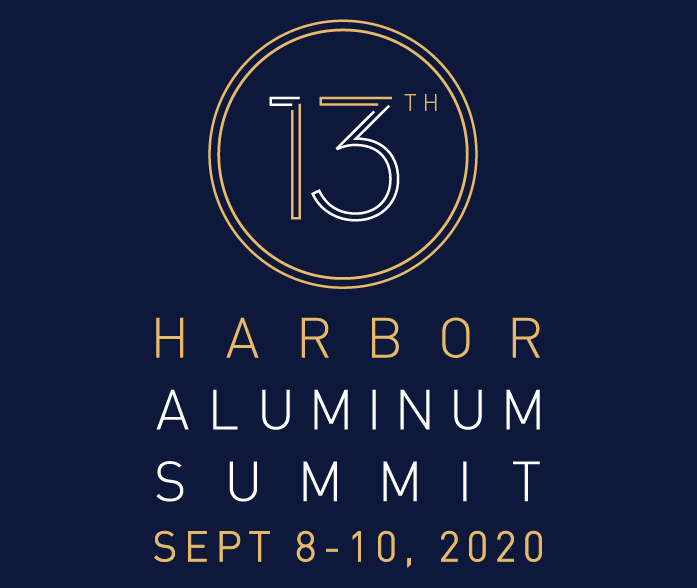