Aluminum is a strong and reliable commodity, contributing billions of dollars to the global economy and supporting countless supply chains worldwide. But like all manufactured products today, aluminum is facing increased scrutiny due to its resource-intensive production and refinement processes that are said to contribute significantly to global carbon emissions.

In response to being put under the climate microscope, aluminum producers worldwide are adopting new environmentally friendly production processes, including shifting towards the exclusive use of hydropower — a renewable energy source — and investing in new green smelting technologies.

Green aluminum is in demand, and, as a result, aluminum products branded as “low-carbon” are starting to charge a premium price.

What Is Green Aluminum and Why the Shift?

The global aluminum market is in considerable expansion, expected to reach a value of $86.5 billion by 2025. The growth is attributed to ongoing demand increases in several key markets, including in the beverage market. Aluminum can production is expected to increase thanks to a growing trend of canned wine and spirits as well as cold-brew coffees, natural sweetener sodas and other popular beverages.

With an increase in aluminum production expected, there’s growing concern over the CO2 emissions that will result in larger carbon footprints. Aluminum and metal production, in general, has traditionally been considered a major contributor to global pollution, with its leading power source coming from coal.

Consumers and investors alike are placing increasing pressure on a range of industries declared to be resource-intensive. Manufacturers are now being encouraged, if not obligated, to source their materials responsibly or to shift their processes to more sustainable ones. Aluminum production is no exception, with green aluminum being the industry’s response to these concerns.

Environmentally friendly aluminum is considered “green” primarily due to its production power source. When aluminum producers rely primarily on a renewable energy source to produce the metal, it can be considered sustainable aluminum. Much of North America’s aluminum is produced using hydroelectricity. Also known as “hydropower,” hydroelectricity is produced by converting the kinetic energy from rushing water into mechanical energy, which is then converted into electricity.

According to the Canadian Mines and Minerals Plan, Canada produces some of the “greenest aluminum in the world,” with one Rio Tinto smelter in British Columbia having reduced its total greenhouse gas emissions by 36% thanks to the combination of hydropower and new green smelting technology that replaced older, more carbon-intensive technology.

There are other factors that experts consider when determining the sustainability of aluminum. First, it’s a highly recyclable material, with almost 75% of all aluminum produced in the U.S. still being used today. Second, it’s extremely lightweight compared to other metals, meaning it’s more efficient to transport, and vehicles made of aluminum consume less fuel.

Producers of green aluminum and sustainable metals know that an increase in demand drives a premium price. That’s why many producers have begun rebranding their low-carbon products to demonstrate the value their green aluminum offers. Rio Tinto has launched its RenewAl product, while Alcoa has released an entire product line called Sustana, which features its Ecolum low-carbon product.

While neither manufacturer will state exactly how much of a premium its environmentally friendly aluminum is commanding, executives from both companies say that their low-carbon products are subject to supply and demand like any other good. Green aluminum is necessary, and buyers will undoubtedly pay extra for its increased value.

The Demand for Green Aluminum

The demand for green aluminum is only in its infancy. Manufacturers are continuing to set environmental responsibility goals targeting their supply chain. In industries that rely heavily on aluminum supply, aluminum products branded as green or low-carbon will become more and more appealing.

In particular, industries like consumer electronics, auto manufacturing and consumer packaged goods are looking for ways to keep their products low-carbon so they can meet government regulations as well as the standards set by their consumers and investors. Global industries like these that rely on aluminum are putting pressure on the producers to shift towards a more sustainable production process.

The automotive industry began its “Drive Sustainability” campaign that would see major automotive makers join together to commit to more green production processes. The sourcing of green aluminum has been a key strategy in meeting these objectives.

Apple is in a similar position. Looking to reduce the carbon footprint of its supply chain, the company recently laid out a $10 million investment in a partnership between Alcoa and Rio Tinto to establish an aluminum production facility in Quebec, Canada. Called Elysis, the production facility is set to use a low-carbon technology to produce the aluminum alloy Apple needs for its iPhones. The green technology used at the joint production facility is expected to cut carbon emissions drastically. According to Alcoa, the technology has the potential to cut greenhouse gas emissions by 6.5 million metric tonnes if it were to be implemented at all of Canada’s existing aluminum smelters — the equivalent emission levels from 1.8 million light-duty trucks.

Stay Ahead of Changing Markets With HARBOR Aluminum’s Intelligence Reports

With the growing demand for aluminum worldwide and the increased need to meet environmental benchmarks, green aluminum is becoming a viable investment, commanding a premium price. 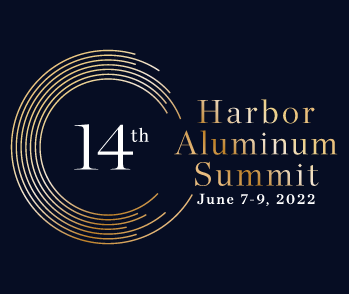